Who doesn’t wish they had more time in a day? “So much to do, so little time” I think resonates with all of us that live in the 21st century and try to juggle work, relationships, exercise and self development. It can feel like we’re constantly behind the 8-ball, with no time to do this or no time to do that. No time to exercise, or eat healthy. No time to learn a new language (programming or otherwise). No time to study for that industry certification exam, or take that course on Pluralsight. No time!

Well, what if I told you that there are ways for you to make time? And no, I don’t just mean “trying harder” or hiring someone to yell “make time!” at you. I mean genuine, practical tips for saving time. Interested? Of course you are, since you’ve read this far! Well, I won’t beat around the bush - we are after all, short on time! So here are 5 practical ways that I save time every day (and use that time to do other things):

This is probably the most effective tip that I have - hence why it’s first on the list. Waking up an hour earlier for example gives you a whole extra hour that you can use to achieve your goals. I say that it’s much more effective than the other tips because that’s literally an extra hour that you didn’t have before, and it only takes an alarm clock and a small lifestyle adjustment (going to bed earlier) to achieve it.

But wait!, I hear you say. Can’t I just stay up an hour later and achieve my goals in the evening? Maybe you can. If you classify yourself as a Night Owl as opposed to an Early Bird and can be genuinely productive in the evenings, then sure - maybe you can. But I find myself far more likely to spend an evening “relaxing” watching Youtube or Netflix or playing a computer game in the evening, after a long day of work, than bright and early first thing in the morning. Here’s another way to look at it: It’s very easy to stay up late, but it bloody sucks waking up at 5:00am (as I do). If you’re making the effort to wake up that early, I think you’ll be much more motivated to put that time to good use - otherwise, what’s the point?

This is supposed to be a genuine time management technique that you can read more about here. The idea though is that there is no such thing as “Extra Time” (other than waking up earlier - but there are limits to that), so the next best thing is to try to multitask.

I know, I know. Human brains are single-threaded processors that can only process one instruction at a time. Well, perhaps not literally, but it is somewhat true. Having said that, a lot of the tasks that we need to do in a typical day have idle time. Think of something like catching the train to work, walking on the treadmill, or cooking dinner. Wouldn’t it be cool if we could implement an async/await pattern here, and do some other work while we wait for the task to finish? Well, that’s basically the idea behind NET. Catching the train to work? Watch a pluralsight video! Cooking dinner? Listen to an audiobook or podcast. Sitting on the throne? Well, you get the idea!

Think CRON and git working in unison. It’s noble to want to do something, but unless you actually allocate time during the day to it, it’s all just banter. If you want to make progress on your side-project, allocate that free hour between 7pm and 8pm to it, and commit to working on it every day (or on set days of the week). For me, I scheduled an hour on Saturdays, usually between 10am and 12am for me to work on this blog. Technically I had to help my parents move this weekend though, which is why I’m blogging at 9:30pm on Sunday instead. Even though I missed my scheduled time due to a higher-priority task, I’m still committed to getting this post out before Monday.

It’s the same logic behind the phrase, “A goal without a plan isn’t a goal - it’s a wish”. If you don’t schedule time for something and commit to it, you’ll never have time for it.

4. Something is better than nothing

You may not be able to allocate an hour a day to what it is you want to achieve. That’s okay - take baby steps. Even an hour a week is still better than nothing. So long as you allocate the time and commit to it, eventually you will see results. Consistency is key.

You may not want to hear this last one, but I think deep down, you already know it. In the words of Darth Vader, Search your feelings. You know it to be true! 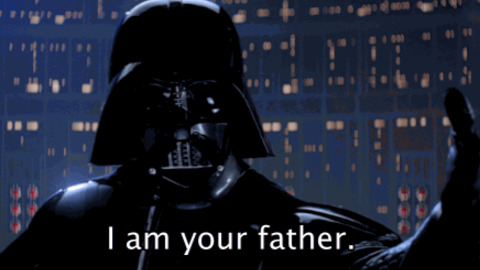 Except that I’m not your father (at least I hope not!). I’m talking about the fact that you may need to cut some things out of your schedule to focus on what’s really important. Some things need to be let go.

I know you didn’t want to hear it, but it needs to be said. Heck, I’d love to be a blackbelt in Karate, Judo and Aikido, speak fluent Japanese, Maltese and French, be a 10x software engineer and a FIDE International Chess Master. But the sad fact of the matter is that there isn’t enough time in a lifetime for me to achieve all of that, especially not while juggling a full time job to boot. But let’s look at this pragmatically. What items out of that list will impact my life the most? My aptitude as a software engineer is what pays the bills, so it makes sense to put that first. There’s not much use in having a fat wallet if you’re too fat to enjoy it though, so prioritising some physical activities like Karate or Judo makes sense as a #2. My wife is Japanese and being able to communicate with her parents (and other relatives) is definitely worthwhile. So I’d put Japanese proficiency as a good choice for #3. What about you? Take a look at your own life and try to weigh up your goals and see which ones will have the biggest impact. Those are the ones you should spend the most time on. As much as I’d like to one day beat Magnus Carlsen, the time and effort that I’d need to invest just wouldn’t be worth the payoff. Ahem, not to mention that I simply don’t have the talent - but let’s ignore that fact for now.

Anyway guys, there you have it; my 5 tips for how to find time to achieve your goals. What do you think? Do you disagree with any of the points here, or do you have any suggestions of your own? Let me know in the comments.

That’s all from me this week. Catch ya!